Starting up to solve the right problem

This interview is part of the fourth issue of Featuring, a newsletter on the intersection of love and money. Read more and sign up here.

When Tristan Walker first heard about Foursquare, he knew that it was something he wanted to be a part of. The app that helped people find and discover more local places ended up bringing Walker from California to New York, where he quickly got his footing in the startup world.

After cutting his teeth at the startup, Walker joined the venture capital firm, Andreessen Horowitz, as an Entrepreneur in Residence, where he had an opportunity to build something of his own. Walker & Company’s purpose is to make health and beauty simple for people of color — and he’s just getting started.

Word on the street is that you have a pretty interesting startup story.

Do you know which one? Because I have a whole bunch.

I think this one entailed booking a quick flight across the country.

Ah, Foursquare. When I first heard about Foursquare, I knew I wanted to be a part of it. I reached out to the founders, Dennis Crowley and Naveen Selvadurai — found their emails online somewhere — and I hit each of them up literally eight times. They had been on the market for three months when I reached out to them. I think they had 8,000 users. I was one of them.

The eighth time I emailed, Dennis replied and said, “You know what? I just may take you up on this. Are you ever in New York?”

I was in L.A. at the time, and I looked at my wife and was like, “It took me eight times for this guy to hit me back, what should I say?” A few minutes later, I wrote back and said, “You know what? I was actually planning on being in New York tomorrow.” I booked the flight, flew out the following morning, hung out with him for a week, and a month later I joined the team.

Why startups? Why Foursquare?

I knew I wanted to work on things that fundamentally changed my life. Foursquare was one of them. It motivated me to do things that I wouldn’t have done otherwise, like get me out of my bed on rainy days to go the gym, to unlock a 300 x 300 pixel “Gym Rat” badge. Who does that, right? There was something about the power in that that I knew I had to be a part of.

I worked [at Foursquare] for about three years as Director of Business Development, overseeing strategic partnerships and monetization. I was really proud of the work that I did. I managed integrations with brands like American Express, The New York Times, CNN, MTV, Starwood Hotels & Resorts, and Starbucks.

How did you know it was time to move on?

At the end, I felt I had done everything that I could do for the company and there were other ambitious things that I wanted to go out and build. After a few years, I felt it was good as time as any to try that. So, I left Foursquare and joined Andreessen Horowitz as an Entrepreneur in Residence. I spent nine months just trying to think of what I wanted to start next. At the end of that time, Walker & Company was born.

What’s the problem you’re trying to solve with Walker & Company?

Walker & Company was born out of two views of the world that I think few people in Silicon Valley understand. The first is that all global culture, I believe, is led by American culture, which is led by black culture. This includes food, music, and beyond.

Companies aren’t making health and beauty products that work for people of color. I always joke about this experience of going to retail stores and having to go to aisle 31. It’s the ethnic aisle. Except, it’s not really an aisle, it’s more of a shelf. Then you have to reach into the bottom of that shelf for a package that looks dirty, with incredibly outdated design.

That whole second class citizen experience needs to go, especially when we consider how much money that demographic represents. When you loop in Latino consumers, we will be the majority of the country in 20 to 30 years. Even now, we make up the majority of the world.

With Walker and Company, I wanted to put those two views of the world together to build a company with the mission of making health and beauty simple for people of color. Full stop.

How do you know when it’s time to start something of your own?

You don’t. For me, this is still an ongoing thing. I’m still learning. Where it really clicked, for me, was when I knew which idea I should continue with, as opposed to which idea to start with. I think there’s difference between knowing when to start something or knowing what to do.

It does seem that there are so many ideas out there and it’s hard to figure out which one to pursue. How did you whittle down which idea you wanted to focus on?

I had a lot of ideas. I started out wanting to build a bank. I wanted to fix childhood obesity. I spent four months working on the idea to fix freight and trucking within the country.

I pursued each one, only to realize I wouldn’t be the best person in the world to solve that problem. I felt like, if I was going to dedicate the next several years to anything, it had to be solving a problem that I was uniquely suited to do. For me, it was seven months into my role at Andreessen Horowitz when I came up with the concept of Walker & Company.

Tell me about Bevel, the first brand to come out of Walker & Company.

I remember getting the first sample of our first prototype razor. It didn’t work at all — but it was beautiful. We went through a couple iterations until we had what we believed was the perfect product. Just that excitement of unboxing it, seeing it, the first iteration of something that is physical and is beautiful. It’s definitely an inspiring moment. At that time we only had six people at the company, so I’m always, always inspired by what we made so quickly. 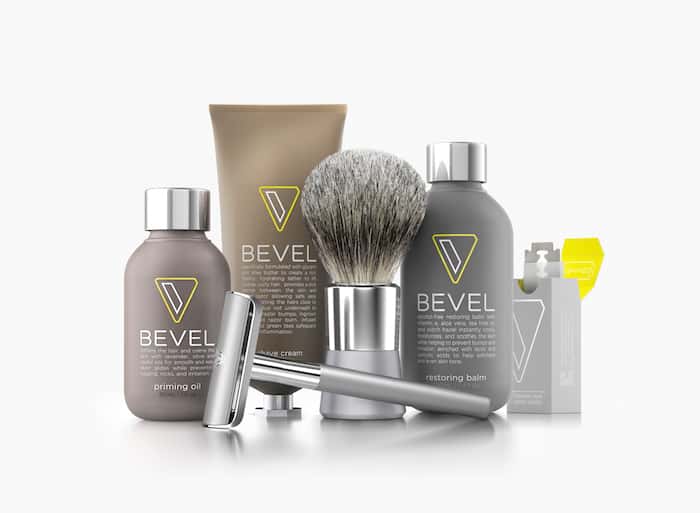 What has the feedback to your products been like?

Outstanding. We have a membership program. Over ninety five percent of our customers keep buying from us every month. That’s a true testament to their satisfaction, our product efficacy, and where we can take it.

Where do you see Walker & Company going next?

In the next couple months, we are going to launch an entirely new brand all together, focused on women. We are going to start distributing our Bevel products at Target. In early 2016, if we execute the way I think that we can, inside of a year you’ll see ten or potentially fifteen new products launch.

Our team is only twenty people, but I really think that we can do it. If I look at the very long term, I want this company to have as big a legacy as Proctor and Gamble, Johnson and Johnson, or Unilever. The only way we get there is by building the most customer-centric health and beauty products on the planet.

Do you have any plans of retiring any time soon?

No, that would be crazy. There are a lot of new products that need to be built to solve all of these problems. We’re talking the majority of the world — billions of people. And to touch those billions of people, that’s going to require work, dedication, time, and loyalty. I want be associated with one company for as long as possible.

What advice would you give to someone looking to start up?

I got some advice around 2 years ago from the actor, gentleman, and writer, Tyler Perry. He said, “I realized my potential as an entrepreneur when I understood that the trials I go through and the blessings that I receive are the exact same thing.” It was one of the most profound statements I had ever heard. What he meant by it was: Those trials and tribulations that you go through are just lessons and those lessons are blessing.

It was one of the most freeing things that I heard as an entrepreneur because that shit is going to happen. It’s going to happen regardless of whether or not you want it to. You just need to treat those things as lessons so that you know how to deal with them in future. Putting a positive spin on those trials as lessons and blessings frees you up.

What would you say was one of the earliest lessons that you were blessed with?

I was 20 years old, working on Wall Street, when one of the most senior, black, managing directors at the firm called me into his office. He said he had the secret of life. And I said, “Ok, Bill, tell me.” He said, “You want to spend the first third of your life learning, you want to spend the second third of you life earning, and the last third of your life returning.” The day he turned 40, he retired. Now, he could have made millions upon millions more, but instead dedicated the remainder of his life to returning.

That is so profound to me because too many people try to put the returning before the earning, which prevents them from scaling their income. There is nothing wrong with earning if it leads to your inevitable end of returning. For me, I think a lot about this on how I can shorten the earning thing to get back to the returning thing, which correlated with the stuff we are doing for Code2040, a nonprofit creating pathways to success for Blacks and Latino/as in the innovation economy, as well as some of our other projects.